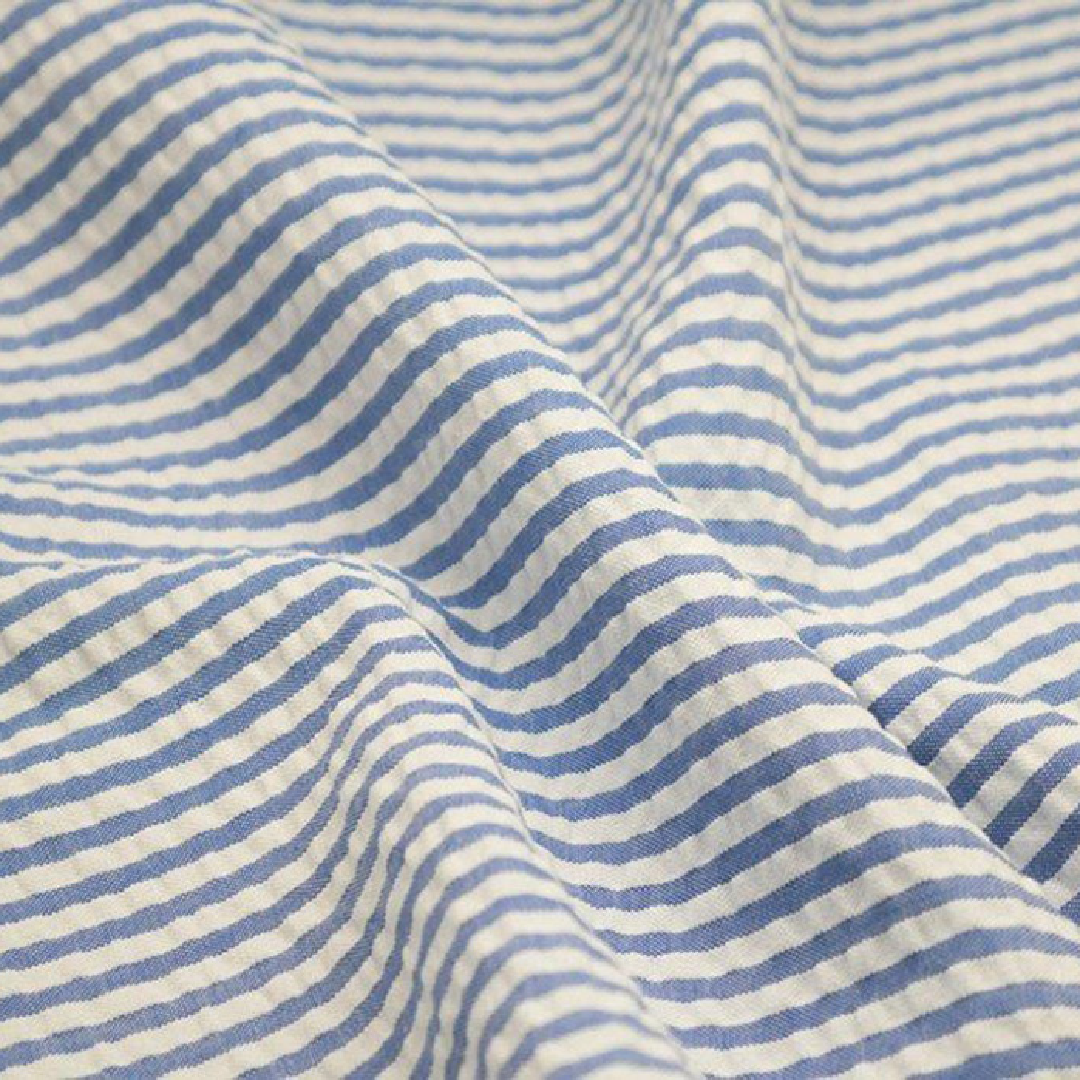 In fabrics 101, we deep dive into fabrics we come into contact with. We go through their histories, purposes and why we love them.

As we are well into summer, I felt Seersucker was the perfect place to start. Often seen as a summer fabric, it spans back to British Colonization, American Workwear, Ivy League to modern day streetwear.

As warmer months approach, days get longer and fabrics get lighter. One go-to is Seersucker, but what is it? At its core, Seersucker is a puckered all-cotton fabric which is normally striped or checkered. The word “Seersucker” comes from the persian words “Shîr” and “shakar” which translates to “milk” and “sugar” that reference the soft and bumby texture to the fabric. It’s made by the “Slack Tension” method which means its weaved at two different speeds which gives it’s bumpy texture (one for the fabric fanatics). The result, is lightweightness and breathability. This is down to the threads bunching together which causes bumps and wrinkles in the fabric. This means that air pockets form between the skin and the fabric which helps with air-circulation.

The origins of the fabric trace back to the Middle East, but was popularised during the 19th Century British Colonisation. The light, breathable fabric was a mainstay in the warm, muggy climate of India. It was when it hit the U.S, the fabric took a life of its own. Seerucker became the go to fabric for outdoor labourers in the South. Having durable, lightweight clothing was a must working in blistering heat. The classic blue and white engineer uniform became the defecto. Oh, and Hickory Stripe? Yep, that’s a heavy duty Seersucker.

It was when work clothes manufacturer – Haspel Company began making suits in the material to offer an alternative for office workers. The suit was seen as an “Everyman Suit”, as it was a much cheaper, more durable and practical. As class snobbery ensued, the suit was classed as “cheap” and was kept as office wear and nurse uniforms

It was only in the 1930s that counter culture college students began wearing seersucker in an act of reverse snobbery of sorts. Seersucker blazers, pants and shirts were used as staples for the new found Preppy look. It was only then, that stores like Brooks Brothers, Sears and Macy’s caught onto the trend and ran with it. Since then, Seersucker has had a long standing association with Ivy League preppiness and Aristocratic Southern style.

So where is Seerucker today? Brands like Noah are leaning into the preppy Ivy elements of the material, celebrating the Americanness with pastel blazers and shorts

While Albam, has merged its workwear and sartorial history with workwear suit jackets, smocks and pants